Jewish Black History at the MJCCA

(ATLANTA – January 10, 2020) – The Marcus Jewish Community Center of Atlanta (MJCCA) invites the community to two fascinating speakers in celebration of Black History Month, as they discuss topics related to Jewish and African-American relations. Both programs are free and open to the community. More information: atlantajcc.org/blackhistory or call 678.812.4070.

Monday, February 10, 10:00 – 11:00 am
Growing Up Black and Jewish
Speaker: Dr. John Eaves
Raised in a middle-class family in Jacksonville, FL, John Eaves learned the value of hard work, education, and service from a young age. John’s grandfather immigrated to the U.S. from Jamaica with big dreams, but life was not easy for a black, Jewish man. He faced racism, religious discrimination, and financial trouble, but despite these obstacles, he raised a large family, instilling the values of hard work, faith, and serving the community. Inspired by the legacy of his family, John has dedicated his life to learning and service. After graduating from Morehouse College, John pursued his master’s at Yale University. He was Director of the Atlanta Office of the Peace Corps and has served on the Fulton County Board of Commissioners. Through his career in local politics, John seeks to bring opportunity to his constituents through policies that stimulate economic growth, reduce crime, and bring social and financial security to an ethnically and religiously diverse population.

Thursday, February 27, 12:00 – 1:00 pm
What Happened When We Stopped Marching? Jewish and Black Relations Over the Past 100 Years
Speaker: Dr. Jeffrey Jenkins
Dr. Jeffrey Jenkins was taught to read at 4 years old by his Jewish neighbors, the Rubins, in Savannah, GA. The Rubins were the first Jewish family Jeffrey knew, and they became his great friends and influenced his life in many significant ways. In 1976, Jeffrey was the first graduate of Savannah State College to earn a Ph.D. He went on to teach and later retired from a beloved position as a professor of American History and Economics at Savannah State at the age of 52. For the next eight years, he worked as an administrator for the Savannah library system and for a local nursing home. Jeffrey also worked for the Jewish Educational Alliance for 10 years and most recently decided to return to those roots by taking a support services position at the MJCCA. He believes Jewish people set an example for the world, valuing a good education, love, and family as most important. 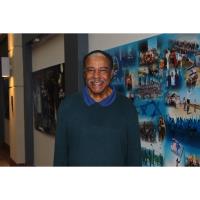