Georgia, like the nation as a whole, is seeing its economy rebound as the pandemic comes to an end. But massive tax increases proposed by the Biden administration threaten to derail the recovery, hurting Georgia job creators and families.

The President’s recent budget proposal includes $3.6 trillion in tax hikes.  The administration claims that the tax increases will only hit big corporations and the rich, but the truth is the proposed tax increases will be paid for by workers and families through lost jobs and lower wages. This will impact thousands of small businesses.

Take the proposal to raise the corporate tax rate from 21% to 28%, which the administration wants you to believe this will only affect “big business.”  The reality is it would hurt businesses of all sizes, their employees, and consumers.  For example, if the corporate tax rate were increased to 28%, Georgia companies would face a combined state and federal rate of 32.1% – more than 7 percentage points higher than China, making it harder for Georgia manufacturers to compete with foreign companies. On top of that, under the President’s budget proposal, companies headquartered in Georgia would face higher U.S. taxes on global income.

In total, this tax hike would hit 47,266 Georgia employers, including 32,000 small businesses with fewer than 500 employees. Many of these businesses are just now beginning to get back on their feet. Sudden and substantial tax hikes are one sure way to stop their recovery’s momentum dead in its tracks.

“As a small business owner myself, I’ve witnessed numerous other businesses trying to survive the ongoing COVID nightmare.  As persons come out of the COVID fog and bring their businesses back to full capacity, it is imperative during this time of recovery that we focus on the rebuilding of our communities, regions, and entire country.  Raising taxes on small business would only extend personal and professional suffering,” said Heyward Wescott, Owner of Custom Signs Today.

Experience shows that the damage from higher corporate tax rates will be borne overwhelmingly by workers, who will see lower wages and fewer jobs. And all Georgians, as consumers, can expect to see higher prices and even higher utility bills as companies are forced to pass along the cost of these increased taxes.

Keep in mind, President Biden’s proposed tax hikes are not just on businesses. They also threaten investment in Georgia start-ups and growing businesses. The Biden plan essentially doubles the tax rate on capital gains, hitting approximately two-thirds of capital investment in the United States. For some Georgia investors the combined state and federal tax rate would exceed 50%. If you’re saving for retirement, to buy a home, or for your kids’ college education, you will feel the pinch.

Adding further to the burden, the President’s proposal would levy a much higher tax burden on the transfer of assets of family-owned businesses at death.  This would threaten the ability of the next generation of Georgians to keep those family-owned grocery stores, restaurants, autobody shops, construction companies, and farms up and running.

The bottom line is that raising taxes now will stop the recovery dead in its tracks. These tax increases aren’t pro-growth or pro-job policy. They aren’t part of the recipe for recovery. And they must be stopped. Hard-working Georgians and Americans deserve better. I encourage my fellow Georgians to join me in contacting their representatives and telling them not to raise taxes that will hurt small businesses, workers, and families.

Submitted by Stephanie Freeman, President & CEO, on behalf of the Dunwoody Perimeter Chamber Board of Directors. 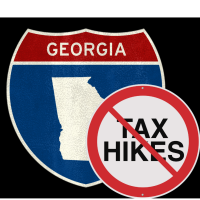